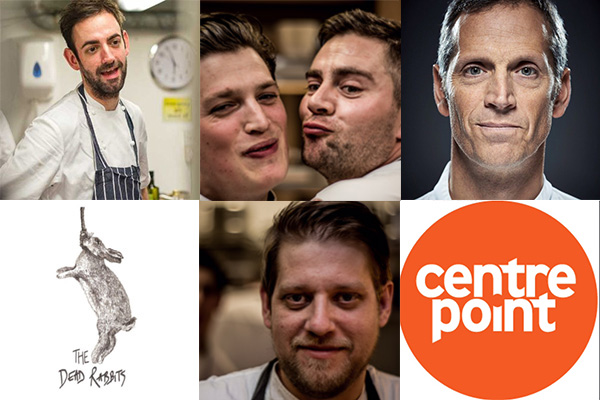 The Dead Rabbits is a collective of up-and-coming young chefs, who between them are alumni of restaurants including Pied à Terre, Dabbous, 11 Madison Park, Alyn Williams, The Ledbury and The Square. On Saturday May 13th Phil Howard will be joining them as an honorary guest member in a dinner raising funds for Centrepoint – the leading UK charity supporting homeless young people.
The six course dinner (including Champagne and canapés on arrival, a pre-dessert and petits fours) will be held at The Pregnant Man restaurant in Chancery Lane. The menu (below) looks pretty special. Tickets are £100 per head and all the proceeds from the event will go to Centrepoint.

Our friends and family members get advance notice of special events, access to occasional exclusive menus and special offers plus regular news updates from Elystan Street.
Click to join