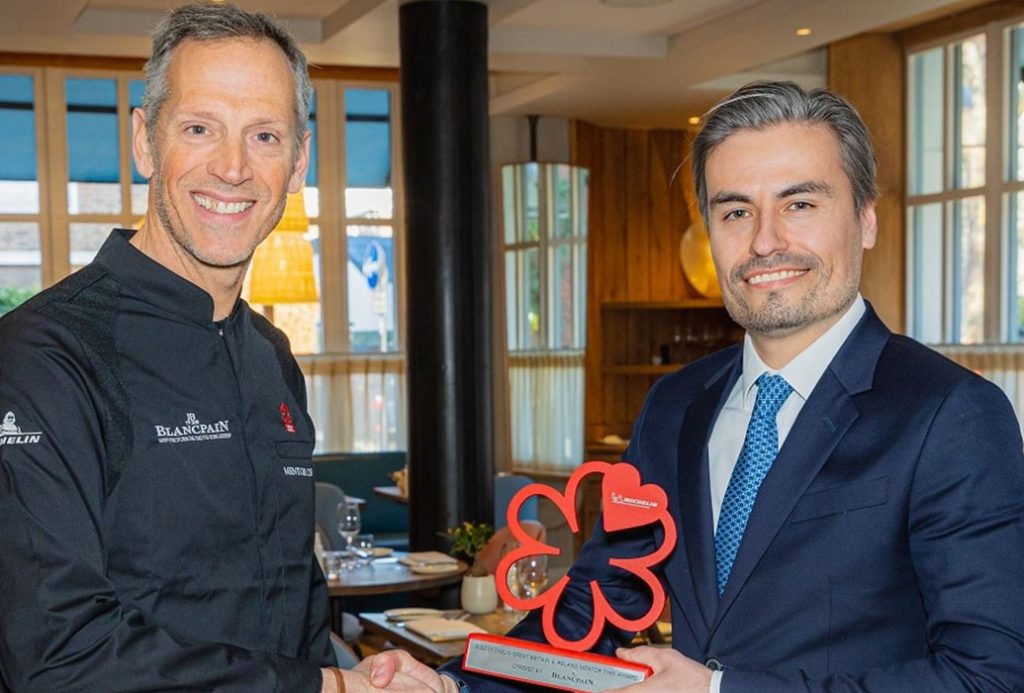 In their award citation Michelin say “A quick glance at some of the chefs who passed through his kitchen – Brett Graham, Gary Foulkes, Mark Kempson and Jun Tanaka to name a few – shows the important role Phil played in forging the careers of other successful chefs.

“The influence that he exerted can still be seen today in any number of restaurants run by these talented graduates.”